It’s   a new game, is a new sport for a different educational reality.

We called a fusion sport because it takes standards, rules and hints of popular sports like: Ping Pong, Football, Volleyball and Tennis.

You can use any part of the body: feet, hands, head and we can directly hit the ball to play with teammates or wait for the ball to bounce on the ground only once between hit and hit. It is a simple, fun game when it’s played in groups from 7-20 players, and very competitive with teams of 4-5 or 6 players.

I encourage you to play. How should the playing field be?

It should be a flat surface; it may be albero, cement and in the best case parquet or laminated flooring.

The field measurements depend on the number of players.

We can reuse tracks that can be found in Schools, High Schools and multi sport courts in general. We will have as a reference:

How to score a point?

The point in play and is won when one of these situations occurs:

-the ball bounces on the ground twice

-the ball does not go over the net

-the ball is sent off the field

-a player hits twice in a row

-the team hits the ball more than three times.

Or faults (not- allowed):

-by invading the opposite field above or below the network.

-by shooting directly after the service

-by touching the network with any part of the body

-to change a player from one area to another without having finished the SET.

It is made of rubber foam, soft texture, weighs little and has a nice bounce. Its circumference ranges between 60-70 cm and they can be found on the market on wide range of colors.

The ball can hit different parts of the body (feet, hands, head) but a player can never hit the ball twice in a row.

In PINFUVOTE it is allowed a maximum of three strikes. You can hit the ball directly or wait for the ball to bounce on the floor between each strike. When the ball bounces on the line limits it is considered valid.

The net is on the central line which divides any field like: basketball, volleyball, or handball, depending on the number of players. The net is similar to the one in tennis     (1,07m)

The player always makes the service from a central circle keeping both feet inside it; jumping in the service is not allowed.

In the service the ball must pass over the net without touching it.

In the case that the ball goes over the net but touches it, there will be a second chance to play the service; as happens in tennis or table tennis.

The ways to perform the service are different according to the part of the body to use:

-kicking directly the ball in the air.

-kicking after dropping the ball and bouncing on the floor.

-with the hand high making a tennis serve.

-with the low hand low performing a safety throw.

Remember that players are free to move within the same area during the game SET, but once it has finished you may choose to change the area, according to the guideline of the coach, who will facilitate the list, or any changes.

Punctuation. The punctuation… How you win a game?

It is similar to volleyball, therefore a team wins when they win 3 SETS. A set is equivalent to 25 points and there will always be a difference of 2 points. It will be played a maximum of 5 SETS if the game is very disputed, with the difference that the last and fifth set is worth 15 points. Possible results in a game could be: 3-0/ 3-1/ 3-2.

The 3 consecutive points rule for one player. The 3-point rule

When the team that has possession of serving wins 3 consecutive points, there will be a change of players, front and rear lines, on both teams. Such action will be indicated by the referee.

In the case of violation of this rule, such action will be indicated by the referee. It will be considered a fault and the referee will give the point to the other team. having made After the change of lines, the team who served will throw again but this time it will be another player. This rule is intended to encourage the game.

When 3 different players hit the ball with 3 different parts of the body (such as foot, hand and head) in the same action and they win that point they are awarded with a tripin, counting 3 points for the team.

These notes are reviewed and translated in March 2014. 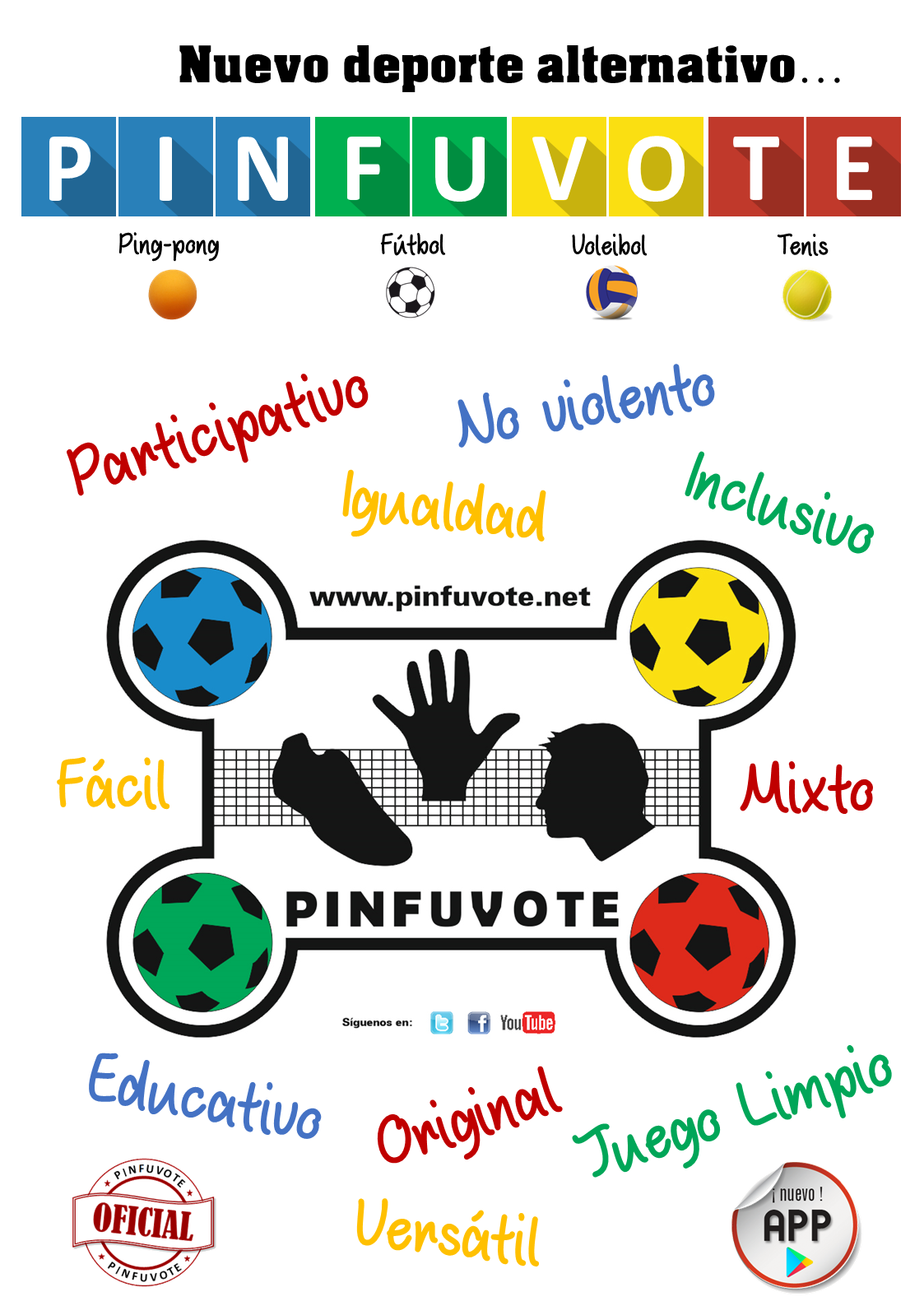